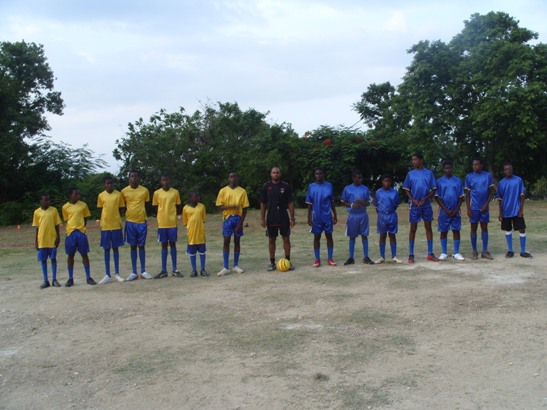 Blue Team and Yellow Team line up before kickoff

The Youth All Stars game was a 7 v 7 scrimmage that was played the evening after the 2 day camp ended; there were two teams of 11 players each (who were selected over the 2 day soccer Camp). The game was festive and intense; in addition, the teams were spurred on by earlier campers and other members of the community who came out. The game ended 2 goals to nil in favor of the yellow team; both teams were awarded medals at the end. 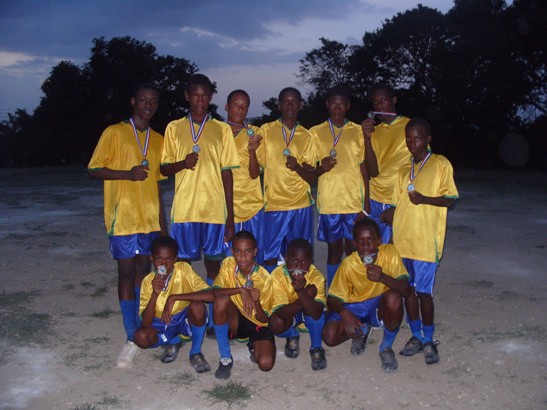 Yellow team – winners with their medals 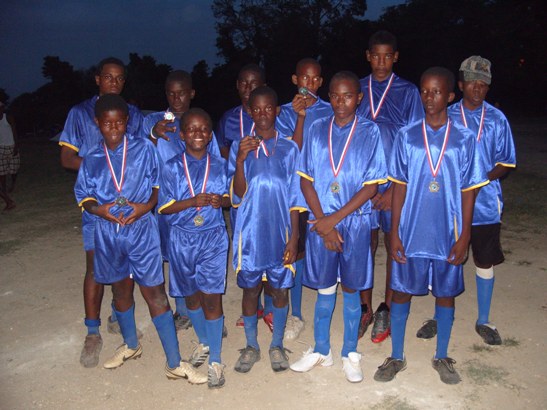 Blue team – runner-up with their medals