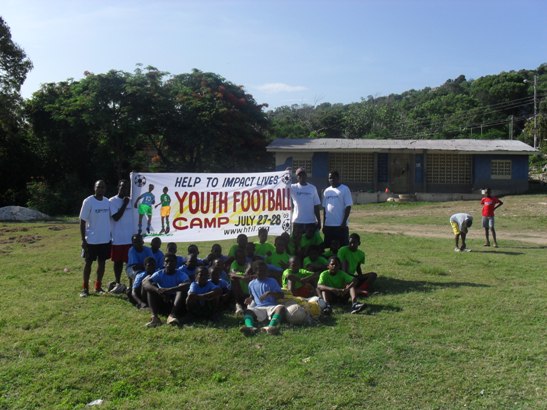 Firsts of Firsts!
HTIL conducted its first youth soccer camp in the community of Barrett (Rose Hall, Jamaica); this picture was the first morning of the 2 day camp. Over 60 kids attended the two days session including the 2 bystanders (only the early birds got into the first shot of the camp). 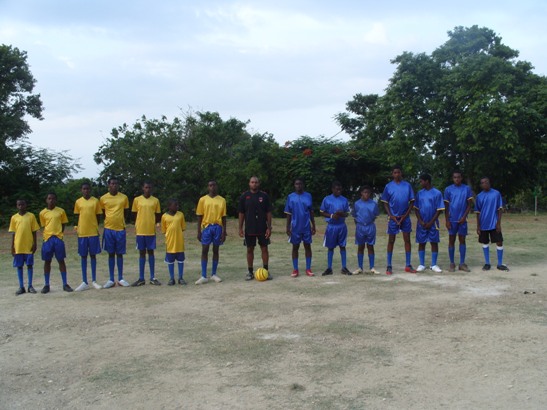 Unity Soccer Event – More Than Just Unity
The third annual Barrett Town Unity Soccer event held on July 19 was used as a fundraiser for Barrett Town All Age School (the school where several of the youths in the community attend). About $20,000 (JD) was raised to assist in buying a printer for the school.